Patrick Van Der Elst is a world-renowned artist known for his evocative and dreamlike depictions of consumer society and its discontents. His work encompasses a variety of themes, from plastic babies to cars wrapped in newspaper to female genitalia.

Despite his sometimes macabre themes, his art is beautiful and thought-provoking – confronting, but in a way that makes one think rather than flinch.

Patrick Van Der Elst is a highly accomplished artist, but photography was not his first choice of medium. He claims to be more comfortable with a scalpel in his hand than a camera, and this is perhaps what makes his photographic work so interesting: it’s not the product of a professional photographer but rather the documentation of an artist exploring new territory.

Though he’s a self-proclaimed untrained photographer, Van Der Elst’s images are anything but amateurish. His photos are often staged and lit to create a specific mood or atmosphere, lending them an air of authenticity and verisimilitude.

The themes of Van Der Elst

Van Der Elst’s images are not spur-of-the-moment shots but are instead the result of weeks, even months, of planning and preparation, which leads to some of the most surreal and thought-provoking images in contemporary art.

Though his works are not dominated by any particular theme, Van Der Elst is often seen as exploring issues of womanhood and sexuality. His work blurs the lines between reality and fantasy, posing questions about the role of advertising and consumerism in defining our concept of femininity.

One of his most famous pieces, Look me in the eyes (2021), is a portrait of a young woman covered in eyeballs of various sizes. The image is both disconcerting and thought-provoking, forcing the viewer to confront their notions of beauty and femininity.

“Is it precisely there that we cannot help but put our eyes? Is this a warning from the girl? Leave my body, my nudity, my sensuality out of it. Or is it exactly the opposite idea. Put your eyes all over me,” Van Der Elst remarks about this artwork.

Watching and being watched

Without delving into the conspiratorial, Van Der Elst persistently touches on the idea of being watched and observed. His work often has a voyeuristic quality, as if we are peering into the artist’s subconscious.

“A look is something else,” says Van Der Elst of his work Blue eyes. “It takes the shape of the eyelid, the tears, the position of the eyebrow, the contraction of the skin muscles, the appearance of wrinkles and frowns, imperceptible movements to create depth and emotion.

There is a whole reading of a multitude of information that allows us to read and exchange a look.”

In Reverse panopticon, he plays on the idea of the panopticon itself – a type of prison where inmates are constantly watched by a single guard. The work features a naked woman surrounded by large eyes; all pointed in her direction.

“Perhaps we are all that young woman who is vainly trying to preserve her privacy,” says Van Der Elst – and he may be right.

Beloved for its dream-clad themes and offbeat yet beautiful scenes, Van Der Elst’s work has been exhibited since 2011 in Spain, Belgium, France, and his birthplace of Brussels. He was awarded First selection from the Arte Laguna Prize in 2014 and continues to receive invitations to exhibit in both group and solo shows.

Van Der Elst is highly active on his Instagram page, where he exhibits works that do not appear in other places on the web. Patrick Van der Elst : A Surreal Take on the World

The Belgian-born and raised Patrick Van der Elst may regard himself as a self-taught photographer, but his works are far from amateurish. As opposed to spur-of-the-moment photography, his approach emphasizes deep reflection and long clinical settings to question our society and way of life. The artist may have derived this from his profession as an […]
click here for more info Look me in the eyes 1 Our House is Burning 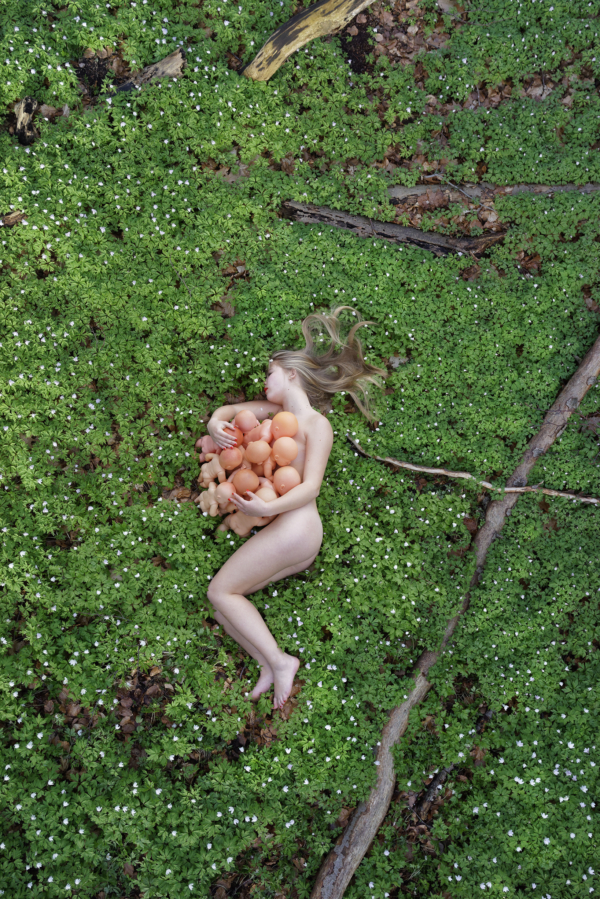