Selfhood is in part inspired by the proverb “the eyes are the window to the soul” and a desire to challenge the need to see the eyes within a portrait.

The intention in each portrait is to create a character and a narrative and encourage an empathy without the visual stimulation of the eyes.

The viewer is inspired to make their own inferences about the subject’s persona and circumstance by drawing on personal connections and interpretations to each image, whether these be from memory or culture. therefore each portrait in the series can take on a number of different identities depending on links made by the viewer to their own experiences and opinions. Not in Kansas is a series of constructed narratives, inspired by the tenacious, self-reliant character Dorothy from “the wonderful wizard of oz”.
her particular narrative resonates with me on multiple levels: she exudes strength and independence but, is also vulnerable and willing to accept and admit to experiencing feelings of self-doubt.

Dorothy is not a one-dimensional character, and it is her nuanced personality, created not just in baum’s original text, but also in her near-mythical status in popular culture, that i seek to explore and convey to the viewer.

Curiouser and Curiouser is a conceptual series of photographs influenced by the story “Alice’s adventures in wonderland”.

I was inspired to create this series from personally identifying with the theme of not belonging that features prominently in Alice’s narrative.

Immersed in a world of make-believe, Alice shows her courage and strength by being able to successfully navigate through a fantasy land, appearing more at home in this wonderland than that of victorian society.

In my series, the modern-day wonderland of las vegas provides the backdrop for the protagonist to discover, struggle with, and eventually come to terms with her own feelings of not fitting in. 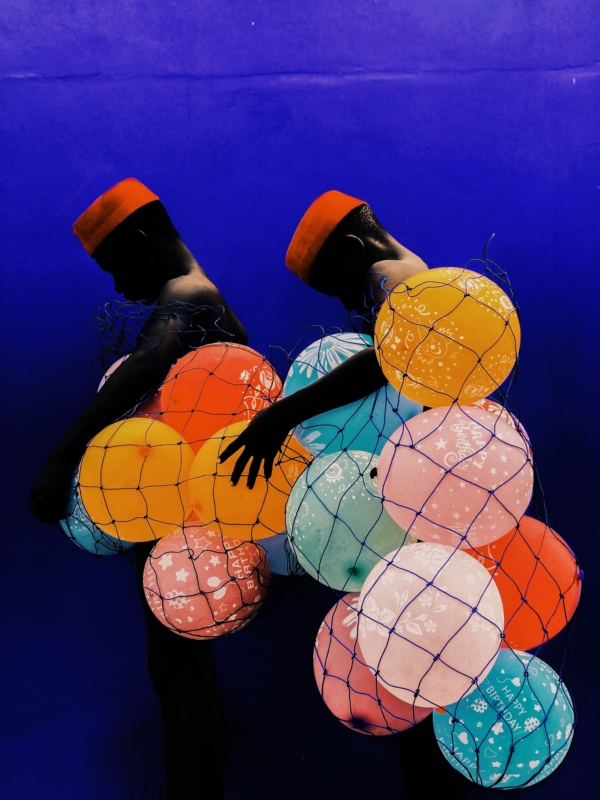 Changing the story that is told of Africa

Cheaper than a digital camera, his father’s iPhone camera was his first foray into photography, a tool he kept throughout the years to owning the nickname of the” iPhone artist” today.

Through his art, he is inspired to represent the beauty and visual poetry of everyday African culture, lifestyles and behaviours thereby “changing the story that is told of Africa”. Though rooted in the local traditions of Ghana, the intimate images he captures are representation of life anywhere on the continent.

“Photography has always made me happy, since I was a child, and now it means something important to me because it is the way I have to defend the idea that Africa is not just something negative.” “This is where we find ourselves, we are in the moment of being rerouted.

We face a choice for a different path, a new course, an unfamiliar way to get to our destination. We had plans, our journeys mapped out, until we were unexpectedly forced to change direction.

This art series is a commentary on our current situation, and the unexpected roads we must navigate. It focuses on travel, and how restrictions on our movement affects every aspect of our lives. From visiting loved ones, going to and from work, and many other activities, travel forms a predominant part of life. Without it, we experience separation and loneliness, financial loss, retrogression… society just stops.

Voyaging is largely how society progresses, as humans explore, learn, and find new pathways and livelihoods. We cannot move forward without travel.

By foregrounding representations of movement – in the imagery of bicycles, motorbikes, and planes, this series investigates feelings about freedom of movement.” 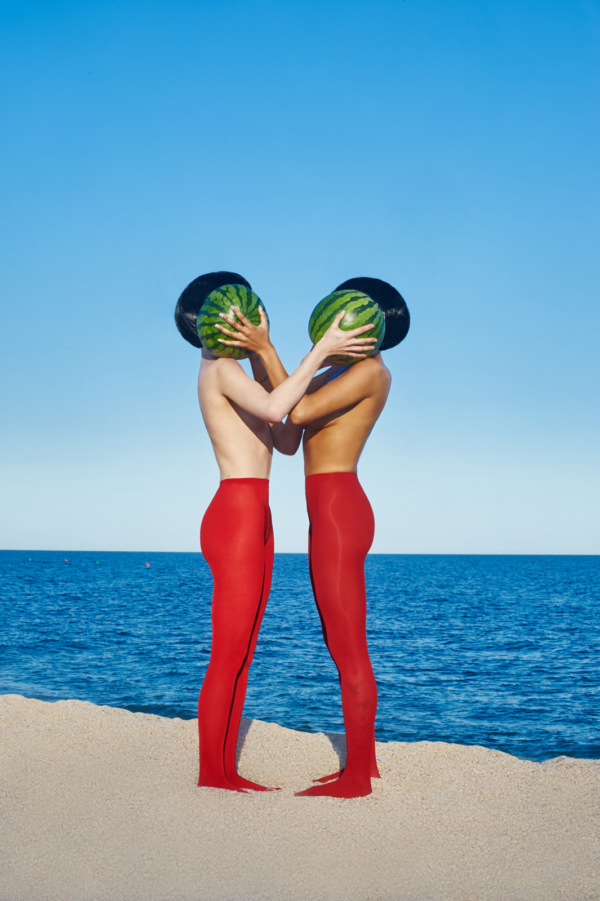 Performance and improvisation. staging the naked body as a particle in the world of aesthetics.

Julia Buruleva’s creative games wavers between performance, photography and installation. she creates her own theatre during the shoots full of weird but visually strong aesthetic. there is no digital postproduction.

the way she plays with scenery, objects, models, light and decoration gives the observer the feeling of surrealism. she stages psychedelic photographs with an amazing dense atmosphere that capture a world of beauty and mystery. Performance and improvisation. staging the naked body as a particle in the world of aesthetics.

One of Julia Buruleva’s most interesting projects of her photo performances.
it is a series of self portraits made in her flat at quarantine during pandemic of covid-19.
it’s a “photo performance” where both parts are equally important and complement each other.

She used only a piece of white wall in her flat and elements she could find at home, to create her own surrealistic theatre. “epiphragmatic” is a combination of “epiphragm” and “enigmatic”

The epiphragm is created by snails to seal the aperture of the shell when they withdraw inside. Iwajla Klinke has searched for villages with tradition around snails.

This one was taken during carnival near lake constance, with hundreds of boys dressed in the same way.